Adobe Talks Future Innovation with Both Flash and HTML5

There were a lot of announcements to take in during Google I/O last week, but among them were some HTML5 efforts from Adobe, illustrating the company's dedication to utilizing the technologies it sees playing significant roles in the future of the web.


Of course a widely publicized tiff between Adobe and Apple over HTML5 and Flash came about from Apple CEO Steve Jobs dismissing Flash, and painting HTML5 as the way of the future, and resulted in Adobe carrying out an ad campaign in response. Adobe made it abundantly clear at Google I/O that HTML5 is very much a part of its plans, and that Flash is as well.

After the keynote in which Adobe CTO Kevin Lynch talked about the company's HTML5 offerings, WebProNews spoke with Adobe Sr. Director of Engineering Paul Gubbay about them, as well as he co-existence of HTML5 and Flash.

Posted by Amit Shroff at 9:17 PM No comments:

Read more about the tutorial
Posted by Amit Shroff at 11:11 PM No comments:

Read now for details
Posted by Amit Shroff at 11:05 PM No comments:

Google has released a really cool playable doodle of PAC-MAN to celebrate the game's 30th birthday.

The Google Blog offers all the fun details. "Today, on PAC-MAN's 30th birthday, you can rediscover some of your 8-bit memories-or meet PAC-MAN for the first time-through our first-ever playable Google doodle. To play the game, go to google.com during the next 48 hours (because it's too cool to keep for just one day) and either press the 'Insert Coin' button or just wait for a few seconds."

Source: Webpronews
Posted by Amit Shroff at 10:56 PM No comments:

Microsoft is working on a patch to fix a hole in a 64-bit Windows 7 graphics display component that could be exploited to crash the system or potentially take control of the computer by running code remotely.

The company is investigating a new publicly reported vulnerability in the Windows Canonical Display Driver (cdd.dll) that affects 64-bit versions of Windows 7 and Windows Server 2008 R2, and Itanium-based Windows Server 2008 R2. The driver enables applications to use graphics and formatted text on the video display and printer.

Posted by Amit Shroff at 3:23 AM No comments:

Symantec said Wednesday that it will buy VeriSign's security business and a majority stake in VeriSign Japan for about $1.28 billion in cash.

I used to be an e-mail marketing manager for a large publisher. I recall staying late waiting on copy, updating our distribution lists and working weekends. That's all part of the job, and my team and I always enjoyed such challenges. It was rewarding when we would look at the reports after the fact and see our success.

However, there were times when everything wasn't peachy keen with our e-mail services. In the world of online publishing, this happens. The industry is constantly evolving and sending strategies seem to change as much as I change my surfboards when a good swell comes in. Standard blueprints in our industry are long gone. I get it. What I don't get is the inability to build a strong customer support relationship, when this is more important now than ever.

Source: DMNews
Posted by Amit Shroff at 8:20 AM No comments:

Intel on Tuesday announced its long-awaited Atom chip for smartphones and tablets, a crowded market populated by a host of formidable rivals--unlike the PC market where it dominates.

(Credit: Intel) Previously known by the code name "Moorestown," the Atom Z6 processor series will "open the door" for Intel chips in the smartphone market, said Pankaj Kedia, director in the Ultra Mobility Group. To date, Intel's Atom has been used primarily in Netbooks, where it has been adopted widely by all major PC makers and been an unqualified hit.

Source: Cnet
Posted by Amit Shroff at 8:12 AM No comments: 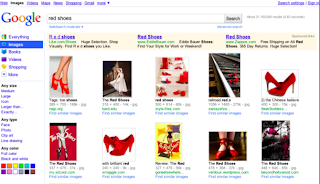 (Credit: Google) Starting Wednesday, Google users will see something very different on search results pages as the world's leading Internet search company trots out one of its most significant redesigns in years.

Google search result pages will get a lot more colorful as Google formally introduces a redesign it has been testing for several years. It's not a huge surprise since Google has been actively testing the design with users for several months, and testing for this particular revision dates back even further, said John Wiley, senior user experience designer for Google.

Source: Cnet
Posted by Amit Shroff at 8:06 AM No comments:

We've been producing a "cheap" Blu-ray movie list for several months and it's time for another update, especially since a number of our earlier picks on the list crept over the $15-dollar mark.


As we like to note, cheap is popular these days and, not surprisingly, a lot of these bargain-price titles end up on the best sellers list on Amazon. But when it comes to owning discs, most people have become pretty discerning, and don't just buy anything because it's cheap. With that in mind, we've culled down the list of bargain titles and selected 15 we think actually are worth owning.

Source: Cnet
Posted by Amit Shroff at 8:01 AM No comments:

As more electronic devices become networked, consumers are flocking to gadgets with built-in wireless access, according to a report released Monday by In-Stat.

Worldwide shipments of TVs with Wi-Fi are expected to jump from less than 5 million last year to around 65 million in 2014. Wi-Fi-enabled Blu-ray players will also be up there, with more than 61 million units expected to ship in another four years.

Collectively, shipments of all stationary electronic devices with built-in Wi-Fi, such as TVs, Blu-ray players, gamee consoles, set-top boxes, and photo frames, are likely to surpass 200 million units in another four years.

Portable gadgets with Wi-Fi are also in hot demand and expected to get hotter. Among all Wi-Fi-enabled devices, mobile phones will enjoy the greatest volume over the next few years, with In-Stat projecting 515 million handsets shipping around the world by 2014.

Microsoft's browser market share continued to fall in April, with Internet Explorer now in use for fewer than three in five Web connections.

IE's share of the market in April was 59.95, down from 60.65 percent in March, according to Net Applications. Google's Chrome grabbed the lion's share of that, increasing to 6.73 percent from 6.13 percent, while Firefox also gained nearly a tenth of a percentage point, to finish April with 24.59 percent.

Source: Cnet
Posted by Amit Shroff at 2:32 AM No comments:

Aside from their "wow" factor, there are good reasons for adding touch controls to point-and-shoot cameras. For one, there's the convenience of being able to simply tap an icon with your fingertip to make a fast setting change. Also, you get unique features like being able to select what you want to focus on just by tapping on the subject in the display. Nikon's S70, Samsung's TL225 and TL220, and the higher-end interchangeable-lens Panasonic Lumix DMC-G2 let you focus and shoot through the touch interface.

In playback mode, manufacturers have made it easy to flip through images by dragging your finger across the screen or zoom in on an area with a tap. Some models also give you the ability to write on a photo and save a copy, which can be both fun and practical.


Source: Cnet
Posted by Amit Shroff at 2:29 AM No comments:

The fifth annual ranking of digital specialists shows the sector in rude health, despite having to diversify owing to factors including Google’s decision to remove it’ agency commission scheme last year, as well as increasingly narrow profit margins.

Source: NMA
Posted by Amit Shroff at 8:31 AM No comments:

“As a company, one of Drugstore.com's growth strategies is to develop a number of microsites targeted at a certain customer or category,” said Marshall. “We've already launched AtHisBest.com and SexualWellBeing.com.”

Source: DmNews
Posted by Amit Shroff at 8:26 AM No comments:

Half Of People On Social Networks Use Their Real Name

Just over half (51%) of the people on social networks use their real name, according to a new survey by Opinion Research and sponsored by Chubb Insurance.

Source: WebproNews
Posted by Amit Shroff at 8:39 AM No comments:

Yahoo CEO: "Google Is Going To Have A Problem"

It's no secret that Google has, on a very steady basis, dominated its competition and managed to return big profits. And Carol Bartz may be in no position to question the company's methods. But Yahoo's CEO nonetheless chose to point out a potential weakness this week, and she may be on the right track.

Source: WebproNews
Posted by Amit Shroff at 8:34 AM No comments: